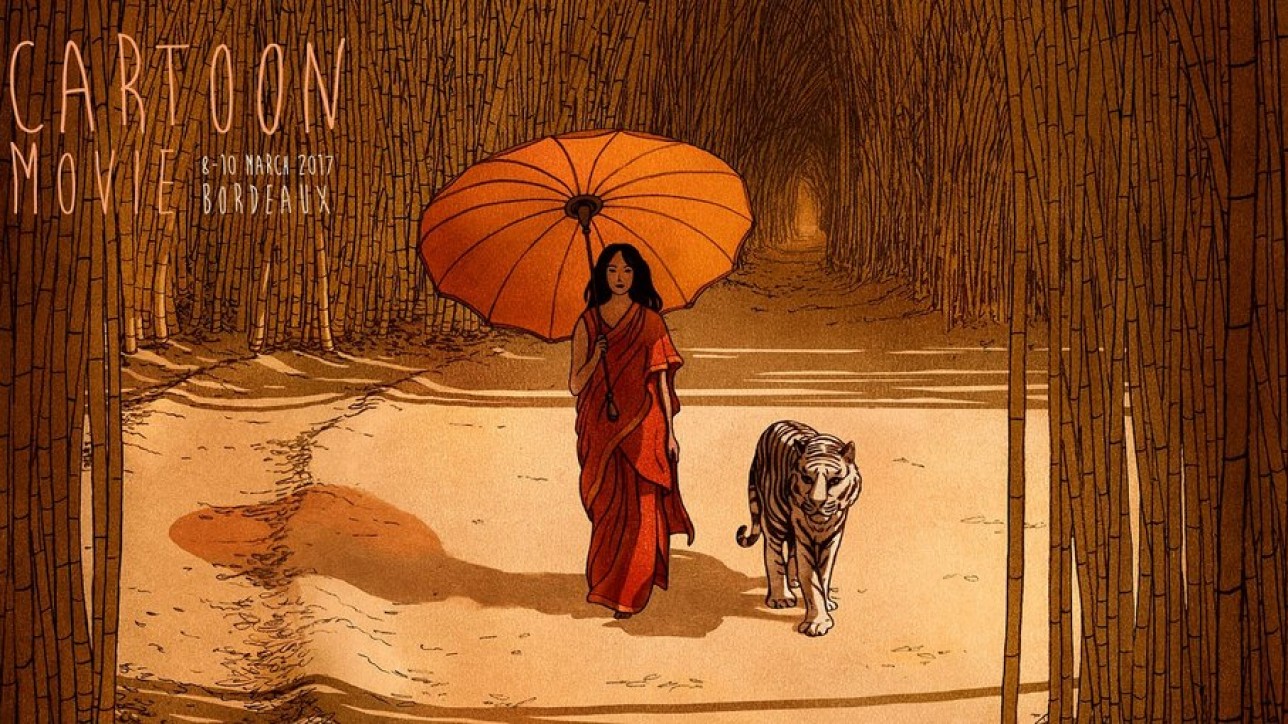 From 8 to 10 March 2017, Bordeaux will host an international event devoted to animated
feature films and digital imaging: CARTOON MOVIE is the European co-production forum for feature-length animation films. 750 participants from 40 countries will be in Bordeaux to get a preview of all the new European feature-length animation film projects.
Cartoon Movie brings together producers, directors, authors, distributors, sales agents, broadcasters working towards new animation projects, which will be presented in the form of a pitch, and has already enabled 259 European animation films to be funded and distributed worldwide.
Thanks to Cartoon Movie, European production of animation films has quintupled in just 15 years! This double-digit growth has been mirrored in audience figures, where the number of cinema-goers for animation films in Europe rose from 20 to 220 million in the same period of time!
Animation is also the audiovisual genre which is most widely exported worldwide. 25% of animation films have been distributed in over 20 countries. French animation films generated almost 85 million cinema admissions worldwide, 50% of them abroad. The most popular films to have been initiated at Cartoon Movie include „The Triplets of Belleville“, „Minuscule“, „Shaun the Sheep“, „Asterix and the Vikings“, „Sammy’s Adventures“, „Pirates!“, „Niko & the Way to the Stars“, „Maya the Bee“, „Zarafa“, „Song of the Sea“, and many more.

Famous fiction directors have also presented animation projects at Cartoon Movie, like Luc Besson with „Jack and the Cuckoo-Clock Heart“, Patrice Leconte with „The Suicide Shop“ and Zabou Breitman with „The Swallows of Kabul“. The city of Bordeaux was chosen for the vitality of its digital economy which is expanding fast, for the quality of its Palais des Congrès de Bordeaux, and for the dynamism of a metropolis combining history, modernity and a verdant city on a human scale. With information and communication technologies sectors, digital sectors, centres of excellence connected with digital imaging activities, Bordeaux Metropole is very active in the sector of digital imaging intended for entertainment. Bordeaux Metropole which stimulates and supports this digital economy is fully involved in this international event and, as a prelude to Cartoon Movie on 8 March, it will hold a new edition of La Grande Jonction, which aims to bring all the traditional industries of the digital economy closer together. During the afternoon, another event will take place in order to establish a new synergy between the European animation film sector and that of video games and transmedia: „Cartoon Games & Apps“. The objective is to encourage players in
these two sectors to move closer together to come up with a project that takes the form both of a feature-length film and a video game and to expand the commercial opportunities. Another factor that influenced the choice of Bordeaux is its proximity to Angoulême where the Pôle Image Magelis clusters thirty animation studios, which is simply unique in Europe and worldwide. Let us remember on this point that, among a large number of productions
made in France, „Kirikou“ and „Ernest & Celestine“ were made at the studios at Angoulême.

About Cartoon Movie
Since 1999, over 259 films pitched at Cartoon Movie, with a total budget of 1.8 billion Euros, have secured their financing and have been released thanks to this annual forum aimed at strengthening the production and distribution of animated feature films in Europe. Cartoon Movie is organised by CARTOON with the support of Creative Europe – MEDIA, CNC (Centre national du cinéma et de l’image animée), Bordeaux Metropole, the city of Bordeaux and the Pôle Image Magelis. About Cartoon CARTOON – European Association of Animation Film is an international non-profit association based in Brussels that organises Cartoon Movie, together with Cartoon Forum, a co-production forum for animated TV series, Cartoon Master training seminars and Cartoon Connection, a programme intended to explore ways of reinforcing cooperation between EU and non-EU animation professionals.