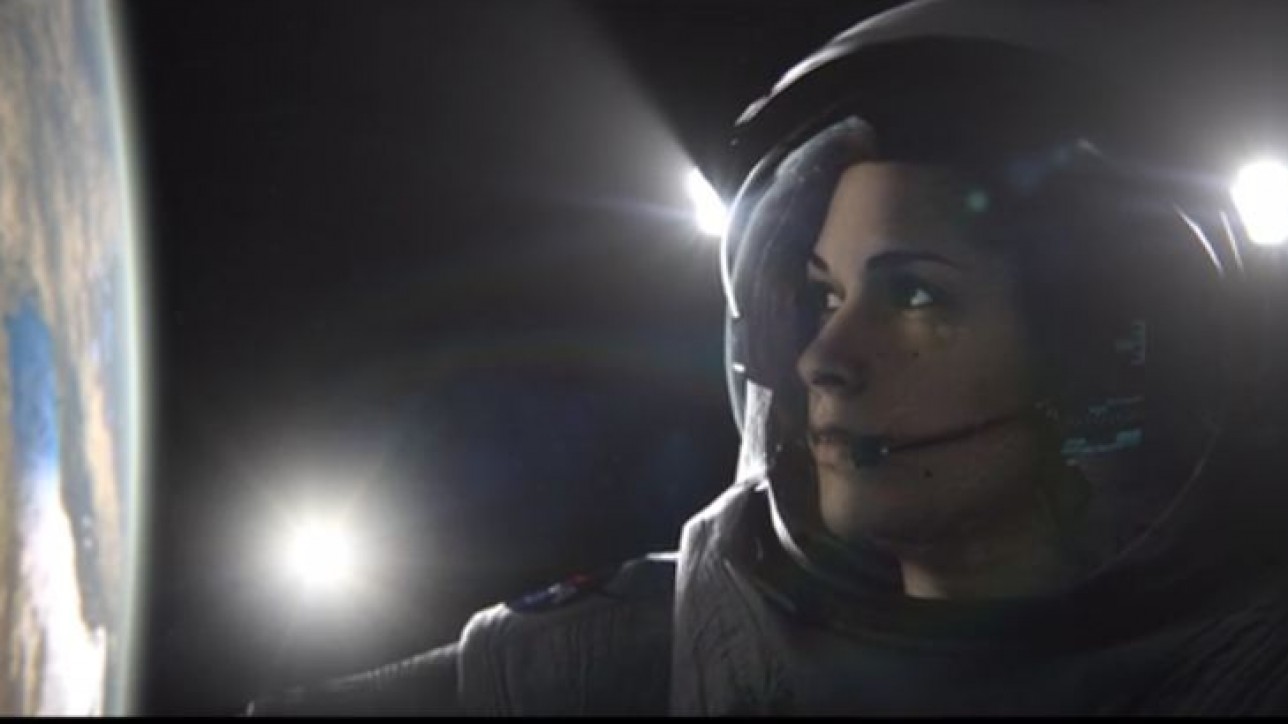 „My name is Dominik Trottier and I am 24 years old. I recently graduated from university at Mediadesign Hochschule in Berlin with a Bachelor of Arts (B.A.) degree in Digital Film Design focused on digital compositing.

Therefore my latest work includes the Bachelor Thesis for which I was dealing with the formats 2D, 3D and 360 degree. In order to compare these formats to each other I built a visual effects shot from scratch based on the movie Gravity (2013). To create it I mainly used The Foundry NukeX as well as the Chaos Group V-Ray plug-in.“

As part of my bachelor thesis I was wondering if we already feel comfortable viewing an immersive 360 degree feature-length motion picture. If so, will we all soon be sitting in a room with VR-headsets or are there other alternatives to watch 360 degree films without any peripheral devices? Is it imminent that they eventually will replace stereoscopic films? And how much effort does it even take to convert a 2D movie into a 360 degree experience? To answer these questions I was dealing with the formats 2D, 3D and 360 degree per se in the first place. So I analyzed what technical equipment is required and how people experience the different formats. I went on with an in-depth look at the production of Gravity. I chose that film as a reference because I got inspired by the technical approach they used. I then built a shot from scratch almost entirely in NukeX based on Gravity, which was quite challenging. My goal was to figure out a way to convert the shot into these three formats as efficiently as possible. In the end I conducted a survey by showing people the final sequence rendered in monoscopic 2D, stereoscopic 3D and immersive 360 degree. The survey gave information about people’s sensitivities. Most of the participants still prefer watching movies in 2D. However, they are very interested in the 360 degree medium, even though they are complaining about the current status of comfort, for instance the low resolution. In my bachelor thesis I came to the conclusion that 360 degree contents will not only be established in the games industry but also in cinemas. Compared to stereoscopic movies these days visitors presumably won’t have the possibility to choose optionally between 2D, 3D and 360 degree. It is more probable that films will be produced exclusively for being watched in 360 degree. These movies won´t replace 3D or even 2D movies, but rather will they supplement the offer in cinemas in order to meet the visitors growing expectations.