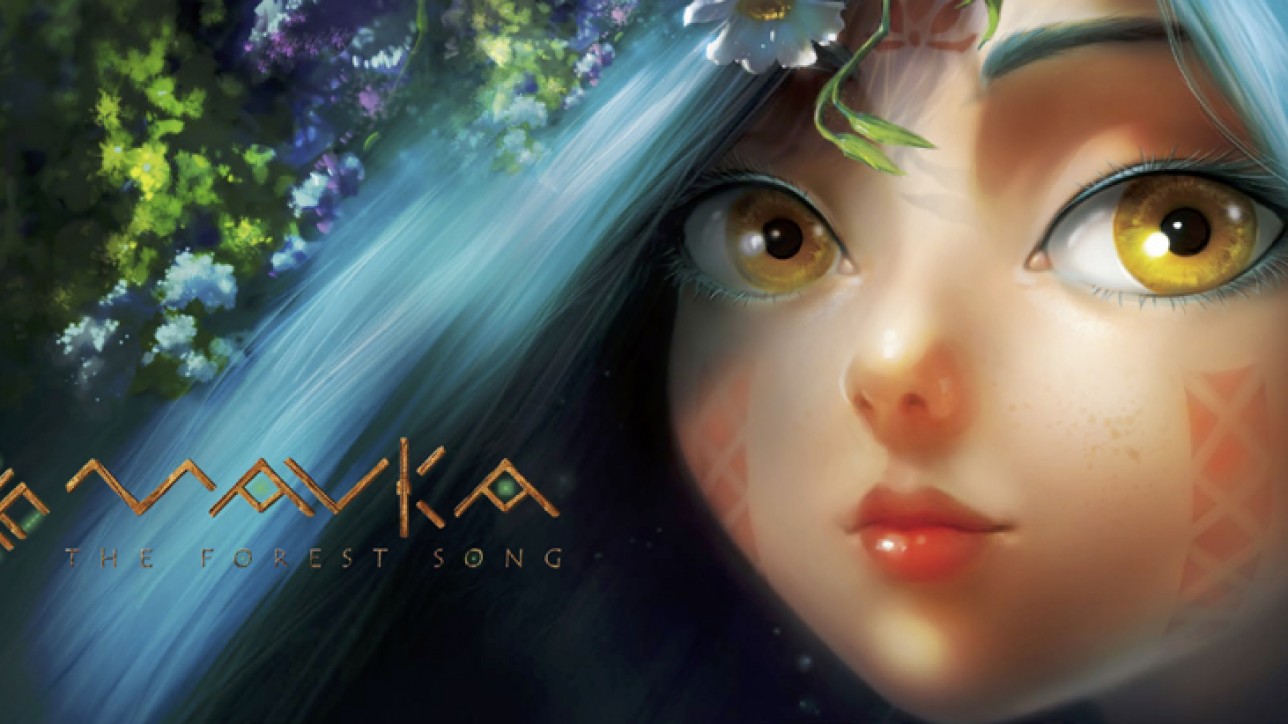 Watch the new teaser trailer of Ukrainian animated feature film ‘Mavka.The Forest Song’!
The magic world of the ancient forest, incredible adventures and fantastic heroes that will soon be discovered by the whole world! Mavka – a soul of the Forest, she is nature herself, she is complex, mysterious and two-folded: tender and caring when in love, but fierce and defensive when hurt. Nevertheless, her main feature is that she always strives for peace and harmony. This is the story about the magical power of love.

Since time immemorial, the vast Ukrainian forests have harbored countless secrets and unfathomable mysteries. They are home to wondrous mythical creatures dwelling among ancient trees, faithfully guarding their sacred realm. Mavka is a soul of the Forest. Her primary mission is to protect the Forest and its sacrosanct Heart – the source of life itself – against any aggression or intrusion, including on the part of humans. Lukash is an unassuming farm boy, who has a great love of music and pours his talent into playing the flute. It is largely thanks to Lukash’s music that a miracle takes place: Mavka and Lukash meet and fall in love. From the start, their union is pitted against formidable odds, but the obstacles loom even larger once the avaricious Evilyn arrives on the scene and sets about building a sawmill at the edge of the Forest. This serves as a façade to mask her true purpose: to get a hold of the Heart of the Forest – the key to which is Mavka herself, who is already rendered vulnerable by her blossoming feelings for Lukash. To get to Mavka, Evilyn wields Lukash as her weapon, and strikes anger and fear into the hearts of the villagers. Will Mavka and Lukash be able to defend their feelings for each other? Will Mavka be able to save the forest and protect her love? Will each of the two young lovers from different worlds make the right choice?

“Mavka. The Forest Song” is a full-length animated feature produced by Ukraine-based Animagrad (FILM.UA Group). It is currently at the stage of development. The film is inspired by a classical Ukrainian poem play by Lesya Ukrainka, as well as Ukrainian authentic mythology and legends. Mavka, the Forest princess — powerful female character with unique appearance and universal appeal, and has potential to be ranked with internationally celebrated personages. The heroes and themes elaborated in the story will appeal to adults and children worldwide, but its distinct Slavic spirit and authentic charm will set it apart from anything else in the genre.