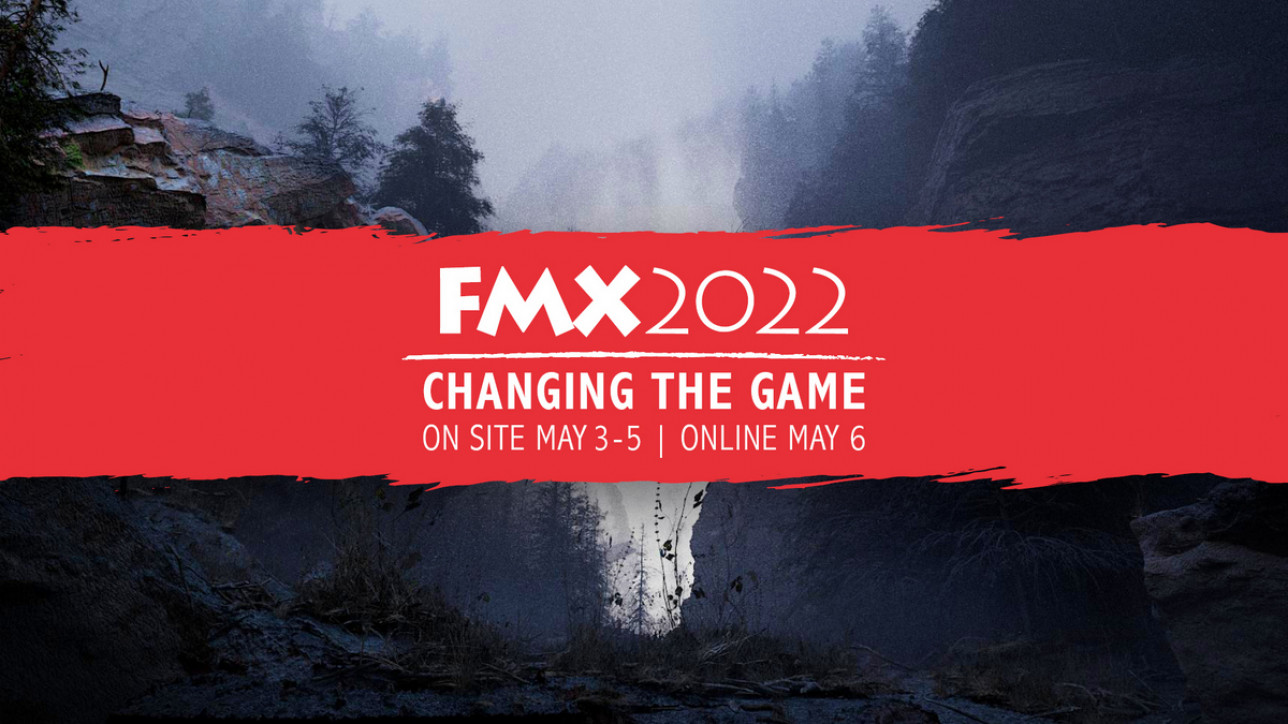 Stuttgart/Germany, April 26, 2022. Only  a few days until FMX – Film & Media Exchange will host its first hybrid edition in Stuttgart’s Haus der Wirtschaft and online. The program features presentations on the VFX of THE BATMAN, SPIDER-MAN: NO WAY HOME and THE WITCHER, panel discussions on mental health and climate change in the context of film and media production as well as a track dedicated to Games & Beyond.

Find all presentations on VFX for Features here.

Visual Effects Supervisor Anders Langlands and Compositing Supervisor Beck Veitch present their approach to the VFX for Matt Reeves’ brooding, noir crime thriller. From the high-octane car chase to the stylized darkness of the Town Hall and the Batcave, every detail was designed to build upon the in-camera action and cinematics.

In addition, Batman fans will have the opportunity to attend a second presentation on the dark superhero on site by Halon Entertainment’s Jess Marley and Keith Fallon.

Join visual effects artists Charles Abou Aad (Sony Pictures Imageworks), Eric Noel (Framestore), and David Cunningham (Digital Domain) for an exclusive behind-the-scenes look at the creation of the Academy Award®-nominated film, SPIDER-MAN: NO WAY HOME. This presentation will explore the artistic and technological challenges and innovations developed to bring back some of the most iconic heroes and villains for the most successful film of 2021!

Creature Ideation & Realisation for the World of Witcher Season 2

In this presentation Madeleine Spencer will present key elements from the Cinesite pipeline in the realisation of two creatures from THE WITCHER Season 2, The Basilisk and the Chernobog. Considered design is the cornerstone of every iconic creature. Each aspect of the pipeline, from start to finish, should be guided by a consistent notion of shape language, colour palette, and anatomy, whilst remaining adaptable to the inherent changes between concept and final on-screen beast.

Focusing on informative case studies from Cinesite’s concept driven asset pipeline, in this presentation Madeleine will break down how the artists at Cinesite make this happen.

Let’s Talk about Mental Health and Wellbeing in Creative Industries

The creative, gaming and film industries are known for their fast-paced environment and challenging deadlines, which quite often create a huge amount of physical and mental stress. As a consequence, many artists end up leaving their job and changing careers because of such pressures.

In this panel Hugo Guerra (Hugo’s Desk), Jahirul Amin (CAVE Academy), Laurie Balvin (Scanline VFX) and Karin Larsson (Lecturer) will have an open and positive discussion about working conditions, ‚crunch time‘, company culture, and the importance of personal wellbeing, among other topics. This will be a constructive debate discussing not only the issues but also the potential solutions for artists working in these industries.

Let’s Talk about Climate Change and Sustainability in Creative Industries

The creative, gaming and film industries depend upon the latest technology to produce their content. The fast turnaround of projects, tight deadlines and client expectations create the need for more servers, computers and RAW power.

In this panel Hugo Guerra (Hugo’s Desk), Imke Fehrmann (Akkord Film Produktion GmbH), Elena Pfändler (SERU Animation), Volker Helzle (Filmakademie Baden-Wuerttemberg) and Chris Ebeling (Virtually Human Studio) will have an open discussion about the latest IPCC Climate Change report from the United Nations, the right to recycle, the dark side of cloud computing, NFTs, Virtual Production and, more importantly, what steps could be done to tackle these challenges and still deliver projects, in time, in budget and at the highest quality standard.

An overview of the Games & Beyond track, curated by Anna Katharina Brinkschulte (Filmakademie Baden-Wuerttemberg) is available here.

Thinking Like a Game Designer: An intro to open-world game development

This talk by Craig Amai (Blizzard) shines a light on what Game Designers do, breaks down key principles for how they do it, and uses open-world games as an example to show game design philosophies in practice. The intended audience are those new to or aspiring to work in large game studios, or those curious about the processes of game development and game design.

In this session, Almu Redondo (Axis Studios) will dive into the craft of Art Directing for stylized short films and game cinematics, working with Riot Games and the teams at Axis Studios. Almu will take a closer look at how to shape powerful worlds and character moments, what this 2.5D style does entail and what the cornerstones of this illustrative cinematic look are.

Join Hugo Guerra, the Director, and He Sun, the VFX Supervisor, behind the scenes on how Rebellion Film Studios created a full CG cinematic for the game SNIPER ELITE 5. They discuss the trailer’s concept and creative vision, showcase the MoCap shoot and stunt performance, go over the animation, modelling, lighting, rendering, compositing, USD pipeline and grading to deliver this epic CG trailer.

Imagine being able to create a 3D model in one program and then seeing a photorealistic ray-traced rendering of it in real-time. Then, change part of it, lights, the materials, update the model and it changes immediately. Traditionally, edits made in one program would be exported and then imported into another one.

Now, Omniverse edits made in one program get reflected at once in all associated programs. This is the long-sought dream of consolidating the production pipeline to a single viewing and editing environment. The result will be improvements in productivity, accuracy, and collaboration and free designers to create as they can think.

FMX is stoked to welcome Mapstar as a Gold Partner, who are joining FMX for the first time.

Find out more about Mapstar here.

The group of exhibitors at FMX 2022 is growing – FMX is very excited to confirm three more workshops as well as several Online Recruiting Presentations:

The program of the 29th Stuttgart International Festival of Animated Film (ITFS) has been finalised. With an extensive programme of films, presentations, talks, workshops, and exhibitions on the topic of animation in all its facets, ITFS 2022 will attract audiences and industry representatives from all over the world to the heart of Stuttgart. In addition, the website OnlineFestival.ITFS.de with its media library, the ITFS VR Hub and additional online formats will be available from May 2 to 15.