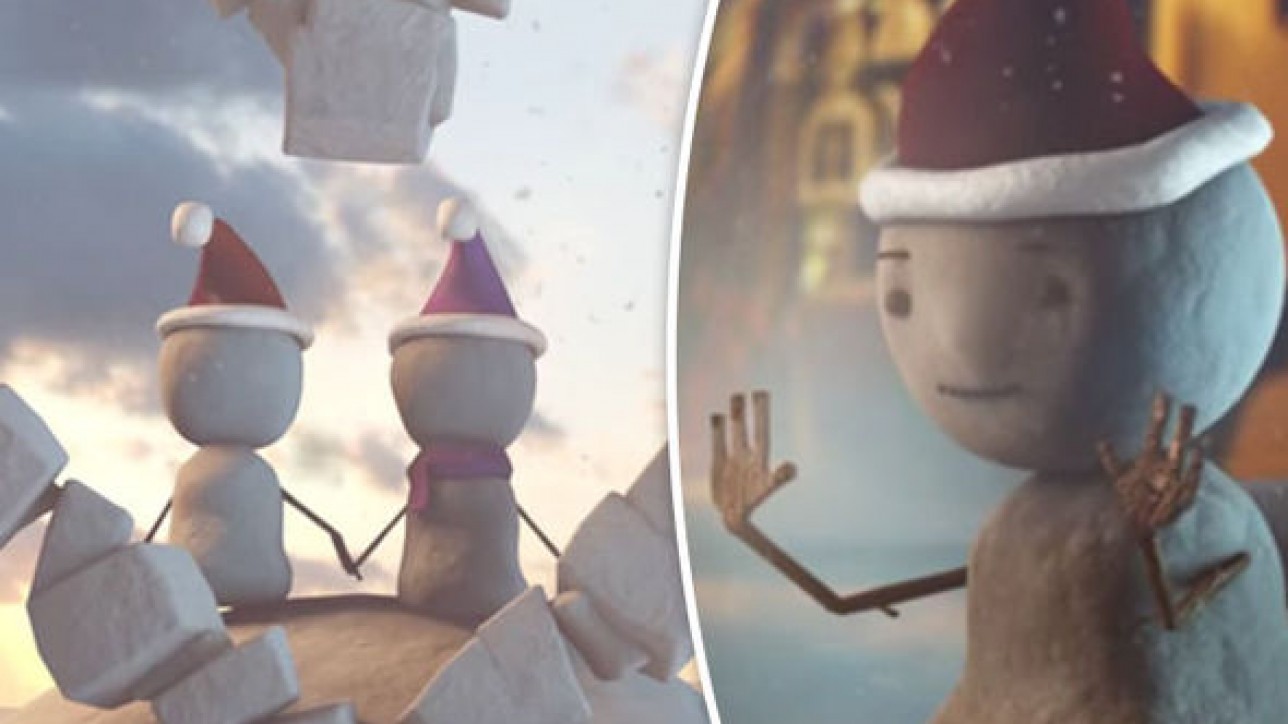 I uploaded this video with no intention of it becoming so popular.
This definetly isn’t the official John Lewis advert. I wasn’t going to upload it at all, the title and the video are as it was submitted so I really didn“t mean for the confusion. Although I really appreciate the overwhelming comments, I do believe this piece could do with a lot of work as it was done in around 2 weeks from start to finish.

With such limited time I literally didn’t have enough time to render out the animation, so I had to sacrifice a lot of things to make it on time; the resolution, there’s virtually no shaders, and I had to reduce the amount of scenes and shot.

If you have any further questions feel free email – nickjab@hotmail. co.uk or twitter @atnickjablonka

Q: Why do this?
A: A2 AQA Media Coursework. My chosen essay was on John Lewis and how successful their marketing campaign has become. Along with the essay I had to create a linked production piece, and this was my attempt on creating a John Lewis style advert. As far as I remember I think it got full marks.

Q: What did you use to create this?
A: All of the modelling, animating, lighting and rendering were done in Cinema 4D. All of the compositing and even music were done in After Effects. The rendering was done using the Physical Renderer.

Q: How long did it take you to create from start to finish?
A: The actual production took about 2 weeks including rendering. It was a very rushed piece, I’ve left it till the last month to do it … Creating a short film is a lot of work especially when it’s CGI, I was responsible things outside of my comfort zone like character animation and lighting, so be forgiving

Q: Copyright infringements?
A: This was literally uploaded to showcase the production piece, I wasn’t going to upload it at first as I’m fairly critical of my work, but I thought I wouldn’t lose anything if I uploaded it, even for people to use as inspiration for their course-work. I was stuck for a while … The video isn’t monetised, the song fits perfectly with the story and the mood so why not!