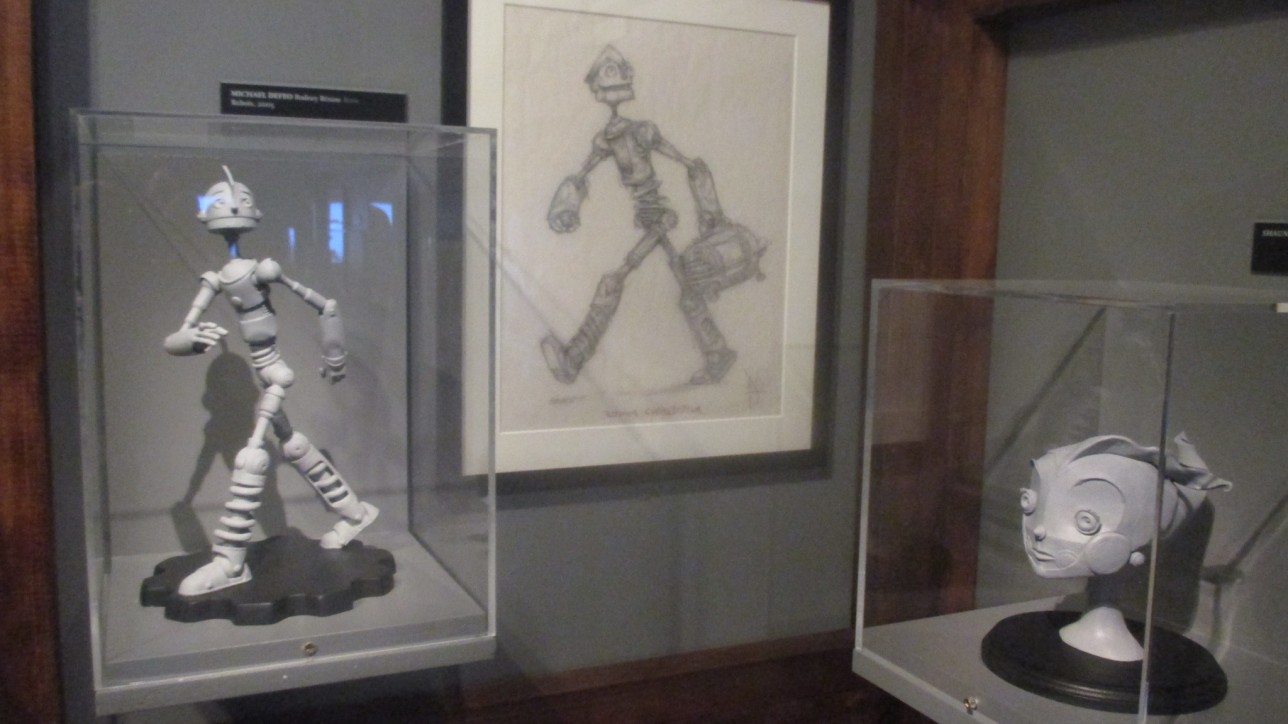 Art Ludique – Le Musée was imagined and conceived in 2013 by Jean-Jaques and Diane Launier, respectively the museum`s President and Executive Director. The museum has presented the exhibitions „Pixar, 25 of Animation“ and „The Art of Marvel Superheroes“, ranked in the top 15 most visited exhibitions in France in 2014, „Studio Ghibli, Layout Designs – Understanding the Secrets of Takahata and Miyazaki animation“, „Aardman, Art That Takes Shape“ and „The Art of Video Games – French Inspiration“ 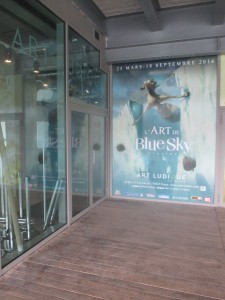 Jean-Jaques and Diane Launier have been running the Parisian Art Gallery Arludik since 2003, the first Art Gallery in the world to exhibit and sell original drawings from comics, video games, mangas, animation movies and the world of cinema.

They were also the organisers of the „Miyazaki-Moebius“ exhibition which was held at the Musée de la Monnaie in Paris in 2005, as well as numerous other exhibitions such as „Ice Age“ in La Baule, „lord of the Rings – The Art of John Howe“, „Hommage to Toy Story“ in Angouleme and „The Art of Despicable Me“ in Annecy.

Jean-Jaques Launier is also the Author of the novel La Mémoirede L´Ame (The Memory of the Soul), which contains a drawing by Moebius on every page, and cowrote the book „Art Ludique“.

The animated films by Blue Sky Studios illustrate the connection between the cultural legacy of the great artists of the nineteenth century and today´s most sophisticated technology.

Thanks to its founders´backgrounds in visual effects, Blue Sky Studios has clearly mastered an execptionaöl expertise in the art of computer-generated imagery, conferring a unique veracity to its film universes and creatures. However, a computer and the newest leading technologies will never replace artists; they simply become new tools in their hands.

Blue Sky Studios artistic and creative dynamic arises first and foremost from the complementary and apssionate collaboration between the film directors, artistic directors, illustrators and animators who all benefit from an immense visual culture. The incredible variety and richness of the backgrounds and characters, the subtle palletes of color and light are born from emulating and sharing visions and experiences of these creators of universes.  Drawn using traditional techniques, pencil, watercolor, or sketched and painted using digital tools, either by a single artist or by several, the artworks of the Studio radiate a constant search for perfection and credibility, associated with limitless imagination.

This talented team immerses itself in each of its projects with such dedication and originality that each resulting film offers a radically different aesthetic. There is therefore no standard „Blue Sky style“ but a truly unique style for each movie.

Being so artistically different from each other, these worlds and characters shape stories with humanist intentions, both funny and poetic, while remaining close to nature and the environment: the discovery of the balance of nature that surrounds us thanks to the creatures of Epic, protecting the homes of wildlife in the Amazon in Rio 2, the changing shape of the world in Ice Age: Conetinental Drift, the touching loneliness of the widowed elderly female rabbit in the Academy-Award winning short film Bunny, or even the outlook on the unjustified obsolescence of machines due to ever-increasing consumerism, as seen in Robots.

From the dawn of time, Man has drawn, painted and sculptedn in order to communicate and tell stories. By connecting to contemporary figurative narrative art, Blue Sky Studios, in the manner of Renaissance workshops in which the greatest artists gathered to create a masterpiece and imbued with the artistic legacy of the greatest illsutrators of the nineteenth century, takes us from the Ice Age to the Digital Age. 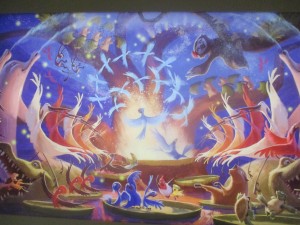