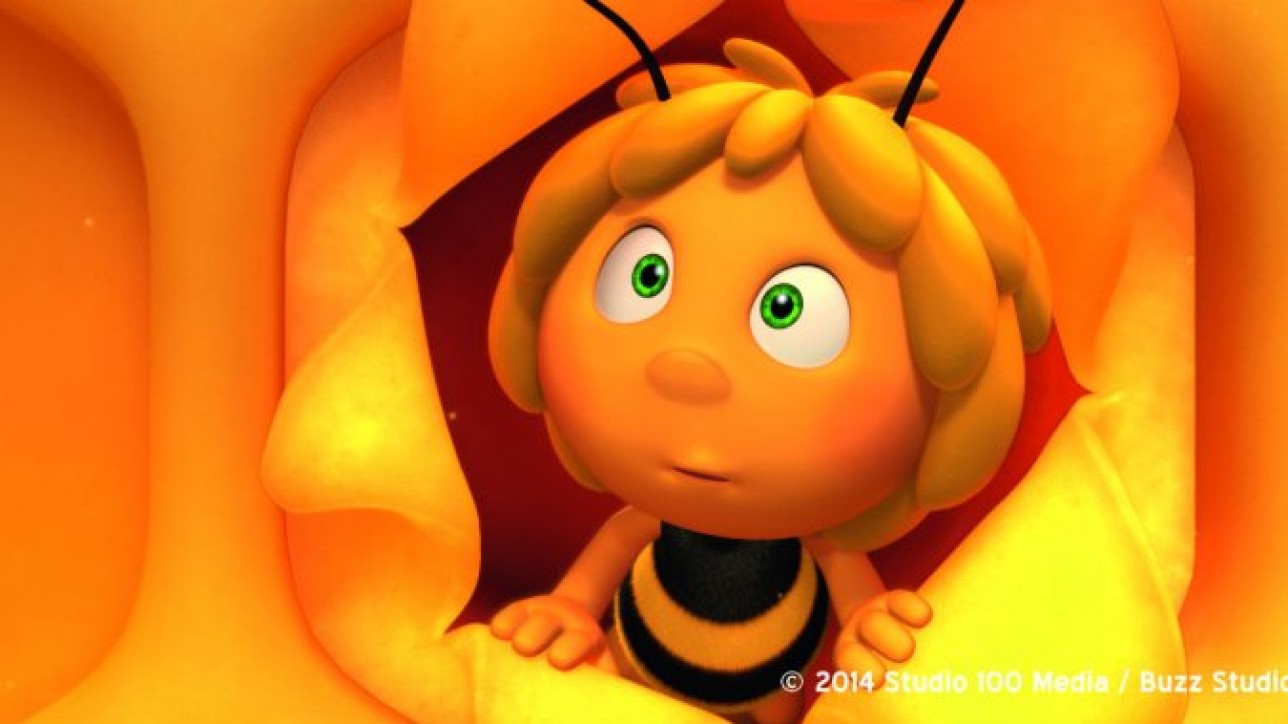 Maya the Bee 2 – The honey games’, is co-produced by Studio 100 Media, the Australian company Studio B Animation and Flying Bark Productions. The animation film, directed by Alexs Stadernmann, is going to be a 3D comedy in which Maya, Flip and Mrs. Cassandra, amongst other friends, will live amusing adventures.

STUDIO 100 MEDIA ANNOUNCES START OF PRODUCTION FOR “MAYA THE BEE 2 – THE HONEY GAMES”
Munich – Let the games begin!
Studio 100 Media announced today that production of a second movie about the famous little bee Maya has started. The brand -new feature film is planned to hit cinemas in 2017/18. “Maya the Bee 2 – The Honey Games” will be produced by Studio 100 Media in coproduction with Australian production company Studio B Animation and in association with Flying Bark Productions. Munich – based Studio 100 Film is the international sales agency for the worldwide rights. “We are delighted to add another chapter to ‘Maya the Bee’s’ success story. We sold our first Maya Movie to more than 160 countries worldwide and already have presales of ‘Maya the Bee 2–The Honey Games’ to South Korea, Turkey, the Middle East and also to TV channels like ORF. For this new movie we gladly renew our successful collaboration with our
previous partners ZDF and Universum Film and hope that Maya’s brand – new adventure will entertain children and families worldwide just like the first movie already did and still does,” comments Patrick Elmendorff, producer and CEO of Studio 100 Media. The upcoming family motion picture “Maya the Bee 2” will explore another heart – warming story of Maya the Bee and her best, buggy meadow friends. She will venture beyond the hive and meet new friends and opponents who will offer a great challenge for Maya. Fortunately, her best friend Willy, the loveable but clumsy ants Arnie and Barney and her trustworthy advisor, Flip the grasshopper, will be by her side. Maya’s curiosity and charisma will engage and delight audiences as she has done so for many years. “Maya the Bee 1 – First Flight ” initially hit the theaters in 2014 and still conquerscinemas around the world.It is based on a German children’s novel, which was published in 1912. The book has been translated into many languages and enjoyed by children all over the world.
About Studio 100 Media
Studio 100 Media is a 100 percent subsidiary of Belgian firm Studio 100 Group. Based in Munich, Germany, the company is an international production and distribution company for high -quality and non -violent children’s entertainment. It develops and acquires new formats and is also responsible for the global marketing of its own rights portfolio as well as of third party programming. Studio 100 produces animation feature films for worldwide distribution. In 2012 the company extended its business with its own sales agency of motion pictures Studio 100 Film, a subsidiary of Studio 100 Media.
The first project was the 3-D German/Australian co -production “Maya The Bee 1 – First Flight”. Further brands under the Studio 100 Media umbrella include ‘Heidi’ and ‘Vic The Viking’. In addition to the licensing business Studio 100 Media is responsible for all marketing activities and for the development of home entertainment products in GAS.
maya the bee, sequel, studio100, studio100media, the honey games