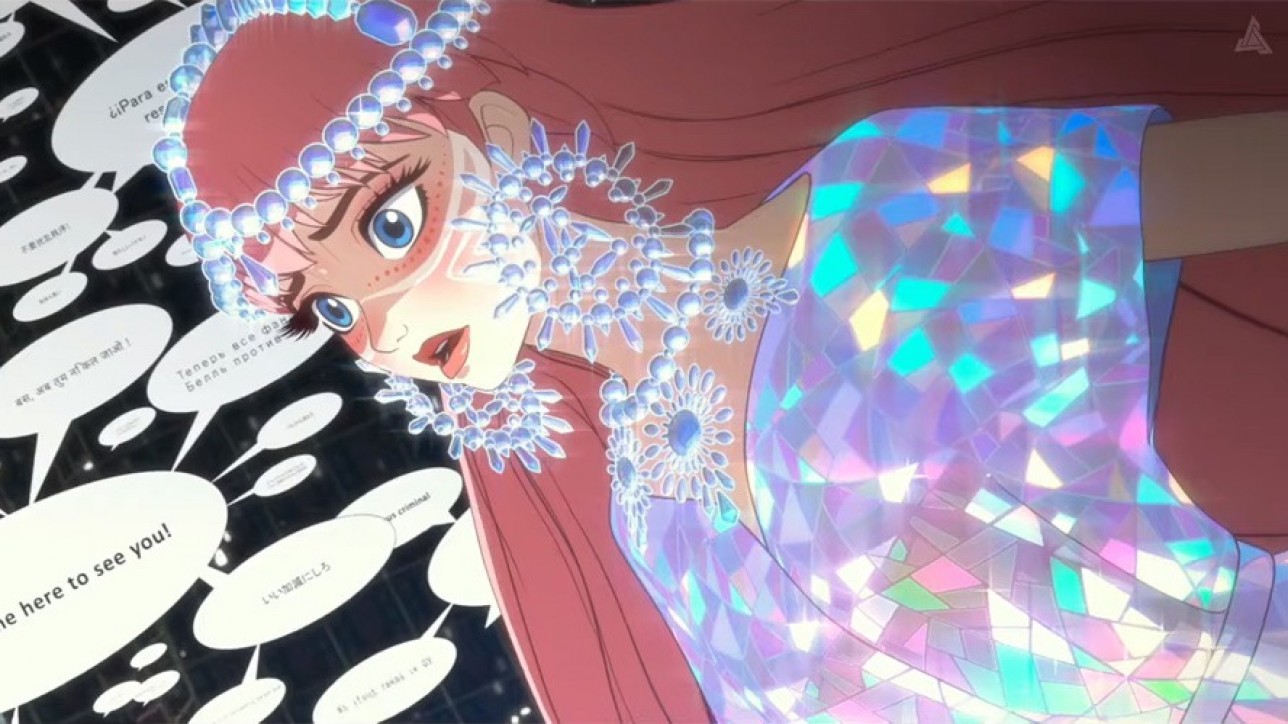 In his densely beautiful, eye-popping animated spectacle, Academy Award–nominated director Mamoru Hosoda (Mirai) tells the exhilarating story of a shy teenager who becomes an online sensation as a princess of pop. Still grieving over a childhood tragedy, Suzu has a difficult time singing in public or talking to her crush at school, yet when she takes on the persona of her glittering, pink-haired avatar, Belle, in the parallel virtual universe known as the “U,” her insecurities magically disappear. As her star begins to rise, Belle/Suzu finds herself drawn to another “U” fan favorite—a scary but soulful monster whose “real” identity, like Belle’s, becomes a source of fascination for legions. Both a knowing riff on the Beauty and the Beast fairy tale and a moving commentary on the duality of contemporary living, Belle is a thrilling journey into the matrix and a deeply human coming-of-age story, packed with unforgettable images and dazzlingly styled characters.