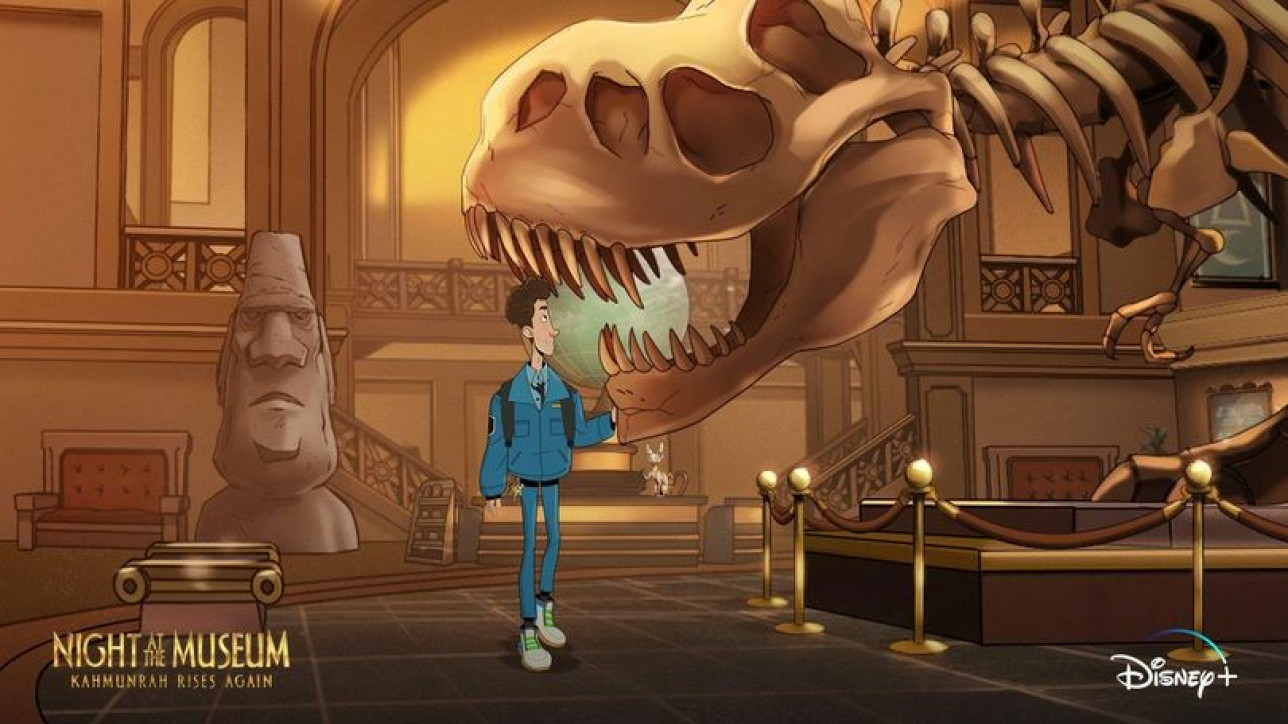 Synopsis: Nick Daley is following in his father’s footsteps as the night watchman at the American Museum of Natural History, so he knows what happens when the sun goes down. But when Kahmunrah escapes, it is up to Nick to save the museum once and for all.

The Original Movie is about the mischief that takes place every night at the American Museum of Natural History when the sun goes down. Nick Daley’s summer gig as night watchman at the museum is a challenging job for a high school student, but he is following in his father’s footsteps and is determined not to let him down. Luckily, he is familiar with the museum’s ancient tablet that brings everything to life when the sun goes down and is happy to see his old friends, including Jedediah, Octavius, and Sacagawea, when he arrives. But when the maniacal ruler Kahmunrah escapes with plans to unlock the Egyptian underworld and free its Army of the Dead, it is up to Nick to stop the demented overlord and save the museum once and for all.