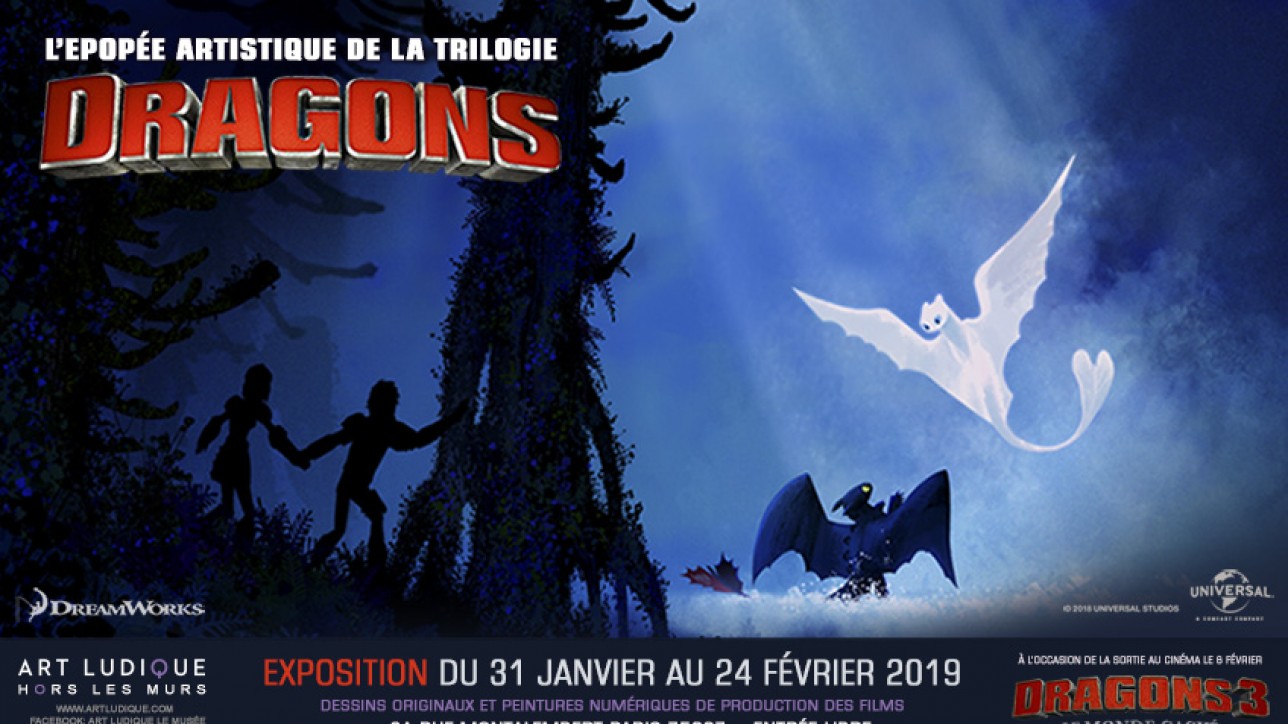 Dreamworks Animation Studio’s How to Train Your Dragon trilogy constitutes a unique work in the history of animation.

In these films, the heroes grow up and grow old through an initiatory journey which leads them to friendship, adventure, happiness and love, but also to the difficult ordeals of the life cycle. It is a wonderful saga in three acts which ends with the unforgettable finale of the last opus How to Train Your Dragon: The Hidden World that will be released in theaters on February 6, 2019 in France.

It is also a hymn to nature and to the harmonization between humans and wild animals, embodied by dragons.
“In a way, I think we have redefined the idea of dragons. Kids growing up today will think about dragons differently.” (Simon Otto / Head of Character Animation)
The How to Train Your Dragon trilogy is also an outstanding production which required more than 12 years of work for the films artistic teams, from the first research sketches of creatures, characters and sets, to the finalized digital paintings. Some technological tools were even specifically invented for these films, in order to push the boundaries of animation, in particular to give some vertiginous trajectories to the flight of dragons.

The team of Art Ludique – Le Musée, in collaboration with Dreamworks Animation Studio and Universal Pictures International France, is pleased to present the exhibition “The Artistic Journey of the Saga How to Train Your Dragon” for its world premiere in Paris from January 31 to February 24, 2019.