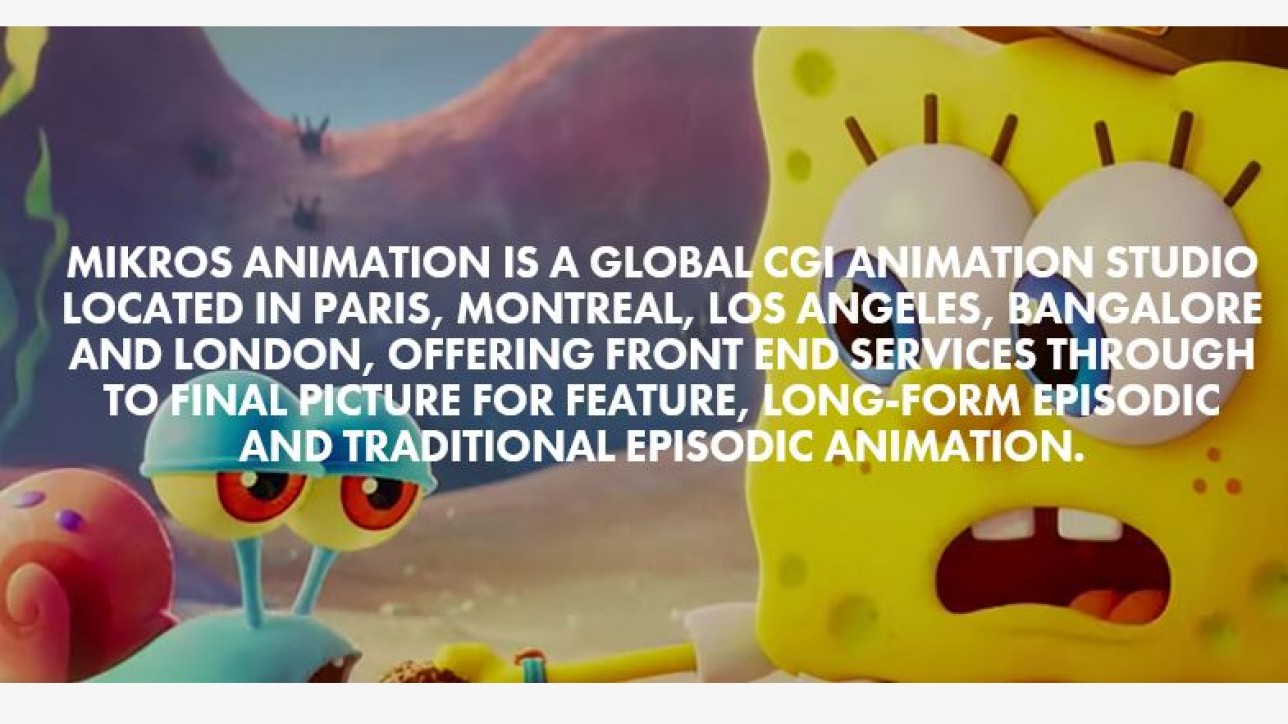 Mikros Animation is a global CGI animation studio located in Paris, Montreal, Los Angeles, Bangalore and London, offering front end services through to final picture for feature, long-form episodic and traditional episodic animation. Thanks to our global capabilities, we adapt our scale to always serve every project in the best possible way.

We believe great animation is about making connections with real people. To ignite connection and to make images unforgettable, we unite with filmmakers to tell their stories. We embrace our clients’ creative ideas in our culture of collaboration, making our studios the home of the projects we are entrusted with. We help filmmakers define and develop their vision from script up to screen to make every project a unique one. We craft striking CG animation and we create characters that connect with audiences on an authentic and emotional level, at the highest creative quality and best price possible.