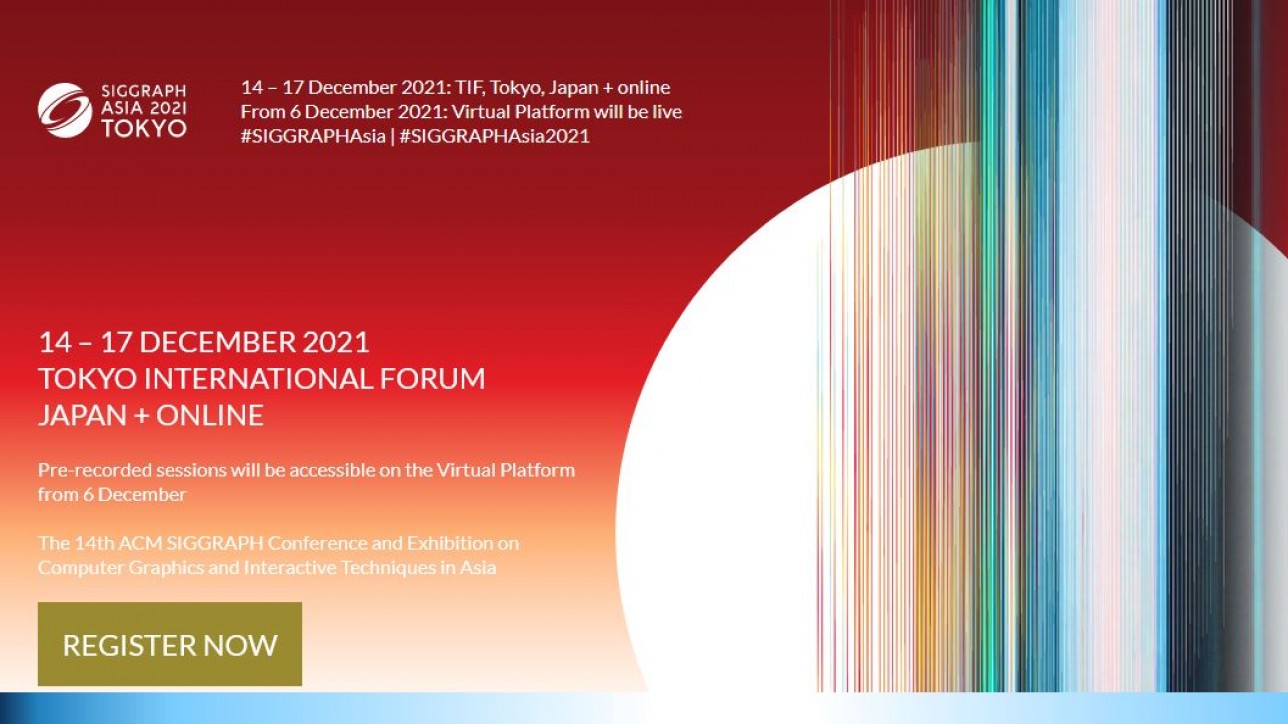 The festival is pleased to announce four award-winning films, selected by judges from a total of 501 animation works.  This was the first year the festival saw a tie in the ‘BEST STUDENT PROJECT’ category, resulting in four award winners for the CAF Winners Screening. The international jury of industry heavyweights also selected the top 16 works for the Electronic Theater screening, and another 19 for the Animation Theater screening.

“This year saw another fantastic selection of works from artists across Asia and around the world,” said Computer Animation Festival Chair, Dan Sarto. “Our winning CAF films, as well as each selection for the Electronic Theater and Animation Theater screenings, showcase the latest innovative works from an incredibly diverse and talented group of artists. Our jury helped assemble an extraordinary collection of animated projects, including 35 animated shorts, commercials, and other works, that conference attendees can watch both in Tokyo and online. Congratulations to all the winners and to everyone who took time to share their work with us.”

BEST IN SHOW: Twenty Something

Adulting can be hard. Some days you’re nailing it, while other days, you’re just a stack of kids hiding in a trench coat hoping no one notices. Gia finds herself in this exact scenario the night of her 21st birthday. This is a story about the insecurities of adulting and how we’re all just faking it ’till we make it. Produced as part of Pixar Animation Studios‘ SparkShorts Program.

Coming back to his hometown in hopes of reconnecting with his past, a young man encounters the place completely stopped in time. Moving through the familiar streets, memories disorient him as he faces what he once left behind.

October 17, 1961, „Algerian workers“ take to the streets to protest against the mandatory curfew imposed by the Police prefecture.

JURY SPECIAL: Only a Child

Only a Child is a visual poem created by over 20 animation directors under the artistic supervision of Simone Giampaolo, which gives shape and color to the original words spoken by Severn Cullis-Suzuki at the UN Summit in Rio in 1992, a child’s desperate call to action for the future of our planet. An omnibus film celebrating the environmental youth movement 30 years in the making.

SIGGRAPH Asia 2021 will take place at the Tokyo International Forum, Japan and online this 14 – 17 December. For more information on the program line-up for this hybrid edition, please visit https://sa2021.siggraph.org/en/attend.

A range of registration categories is available for both attendees who would like to attend in-person as well as virtual attendees from anywhere in the world. To register, visit: http://sa2021.siggraph.org/register.