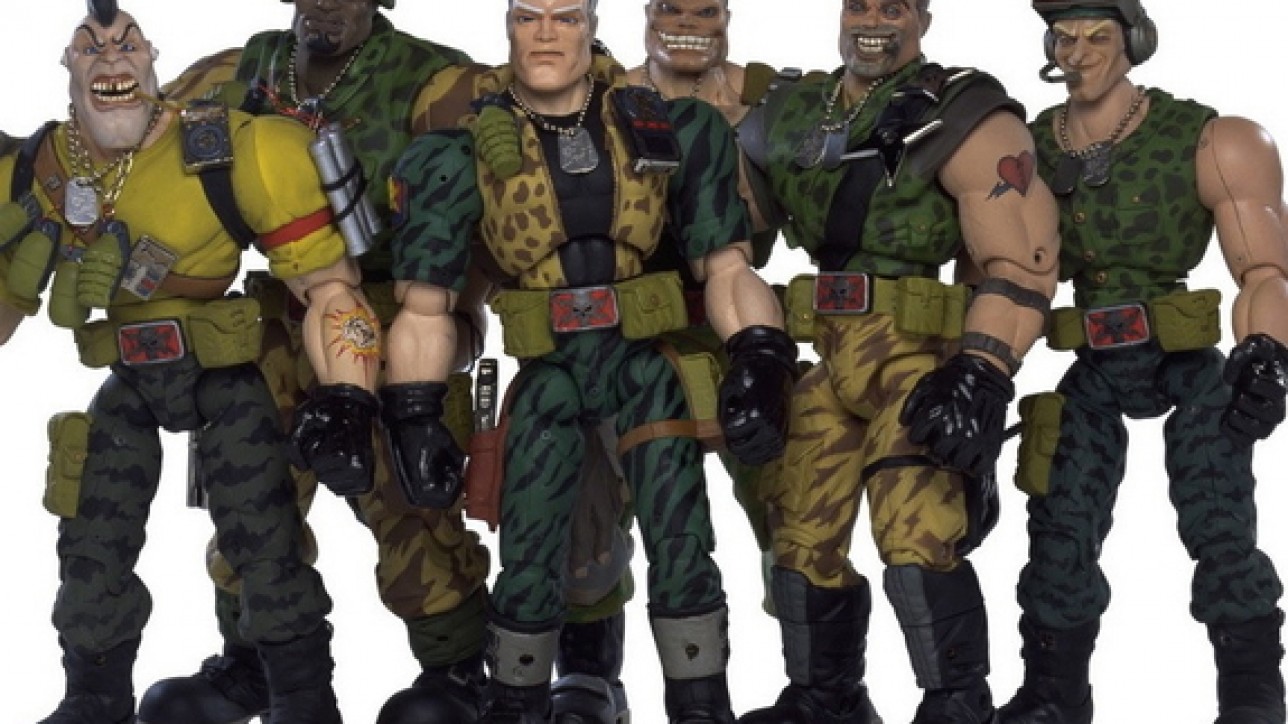 Go behind the scenes of Joe Dante’s Small Soldiers and see how Stan Winston Studio used real puppets and on-set performance to bring to life the militarized Action Figures. Stan Winston Studio designed and built two categories of characters for the film — Commando Elite soldiers, and alien Gorgonites, all of which were realized as articulated puppets. In total, Small Soldiers would feature fourteen distinct characters: six Commandos, seven Gorgonites, and a ‘Gwendy’ fashion doll. Although Gwendy would require only one type of puppet, the action requirements in the script mandated that each of the remaining thirteen characters be realized, initially, in three configurations: as a self contained, battery-powered puppet, a rod puppet, and a non-articulated stand-in.