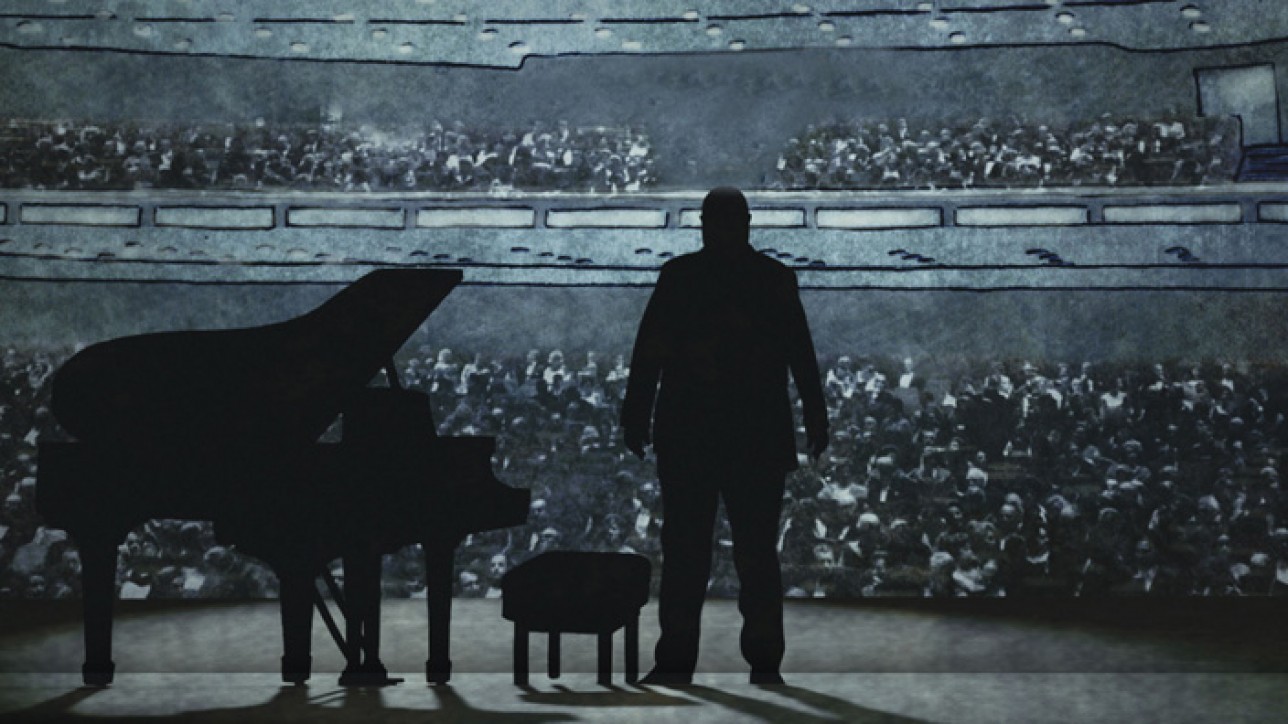 Brilliantly mixing animated sequences and archival footage, Marie-Josée Saint-Pierre paints a touching portrait of virtuoso pianist Oscar Peterson. As with her previous films (McLaren’s Negative and Jutra), Saint-Pierre pursues her bold and personal approach with this animated documentary of Oscar Peterson at the twilight of an exceptional career, as he wistfully meditates on the price of fame and the impacts of the artist’s life on family life.
From the young prodigy’s beginnings in Little Burgundy to his triumphs on the international stage alongside the biggest stars of his time, Oscar explores the profound solitude of an artist constantly on tour, and the difficulty in reconciling his professional success with his role as husband and father. Set to the tunes of Peterson’s sometimes catchy, sometimes melancholy-tinged compositions, the film alternates between animated sequences and footage of radio and video interviews to tell a heartfelt story about a life in jazz.
Directed by Marie-Josée Saint-Pierre – 2016 | 12 min
Co-produced by MJSTP and National Film Board of Canada
Marie-Josée Saint-Pierre, nfb, NFB – NATIONAL FILM BOARD OF CANADA, oscar