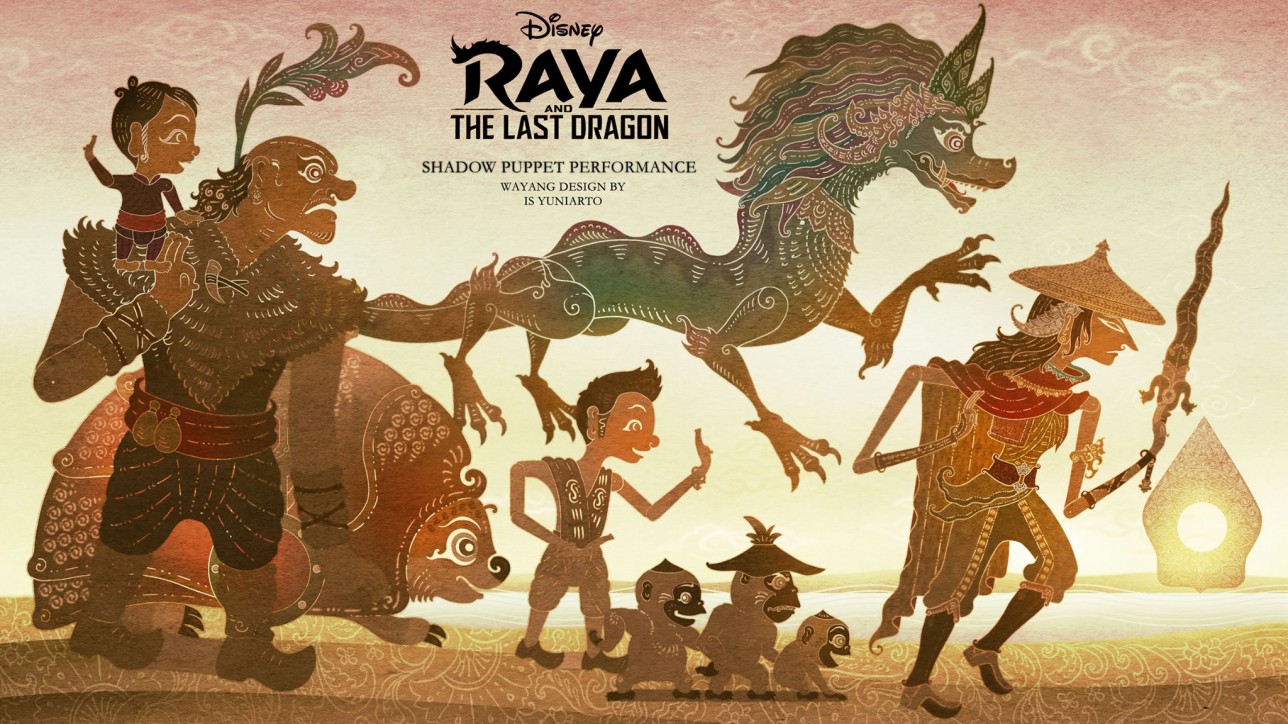 Watch Raya’s epic adventures, as told in the Raya and the Last Dragon Little Golden Book from Random House Children’s Books, adapted as a Southeast Asian shadow puppet performance. This visual retelling was created by The Digital Dalang Project, a company that specializes in culturally authentic shadow puppetry from around the world combined with modern digital projection.

Make your own Raya and Sisu shadow puppets here: https://www.disneymovieinsiders.com/reward/571187

About Raya and the Last Dragon: “Raya and the Last Dragon” takes us on an exciting, epic journey to the fantasy world of Kumandra, where humans and dragons lived together long ago in harmony. But when an evil force threatened the land, the dragons sacrificed themselves to save humanity. Now, 500 years later, that same evil has returned and it’s up to a lone warrior, Raya, to track down the legendary last dragon to restore the fractured land and its divided people. However, along her journey, she’ll learn that it’ll take more than a dragon to save the world—it’s going to take trust and teamwork as well.

disney, raya and the last dragon