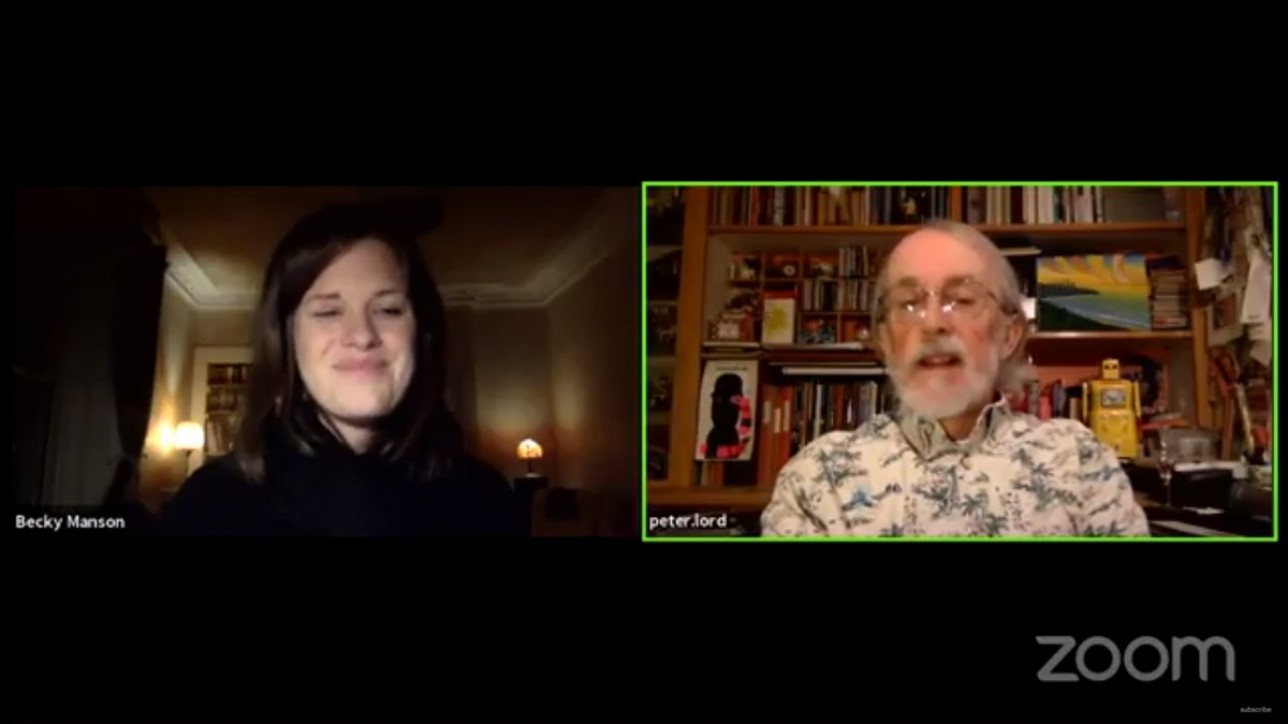 Peter Lord, co-founder of Aardman Animations, talks to Becky Manson (Videographer, National Galleries of Scotland) about the legacy and influence of stop-animation auteur Ray Harryhausen.
Peter Lord (CBE) is an animator, producer, and director, and the co-founder of Aardman Animations. Peter officially founded Aardman in 1976 with his school friend David Sproxton, and since its inception, the Bristol-based studio has become a British institution, turning characters such as Morph, Wallace and Grommit, and Shaun the Sheep into much loved household names. After creating experimental animated sequences BBC children’s television programme, for ‚Vision On‘, they began work on ‚Take Hart‘, with Tony Hart, for which they created the mischievous Morph. Interested in developing an adult audience for their work, they were commissioned by Channel Four in 1982 to create six short films which applied their unique technique of animating puppet characters to real-life conversations. This was later seen in Creature Comforts, which won the Academy Award for Best Short Animated Film in 1990. Peter and David met Nick Park while he was a student at the National Film & Television School, working on his student film, ‚A Grand Day Out‘. Nick joined Aardman full time in 1985. In 1991, Peter’s 6 minute animated film, ‚Adam‘, was nominated for an Academy Award. 1993 saw the completion of Aardman’s longest film to date, at that time – the 30 minute The Wrong Trousers, which took home another Oscar for the studio. Their move into feature length films saw the creation of Chicken Run in 2000, which Peter directed alongside Nick Park. Produced in partnership with DreamWorks, Chicken Run was a massive box office, and critical success, and it remains the highest grossing stop-motion film of all time, 20 years after its release. Peter has since directed ‚The Pirates! In an adventure with Scientists!‘ and has been Executive Producer on most Aardman productions: including ‚Flushed Away‘, ‚Arthur Christmas‘, and ‚Early Man‘.
Website: https://www.nationalgalleries.org/
aardman, becky manson, national galleries, peter lord, ray harryhausen