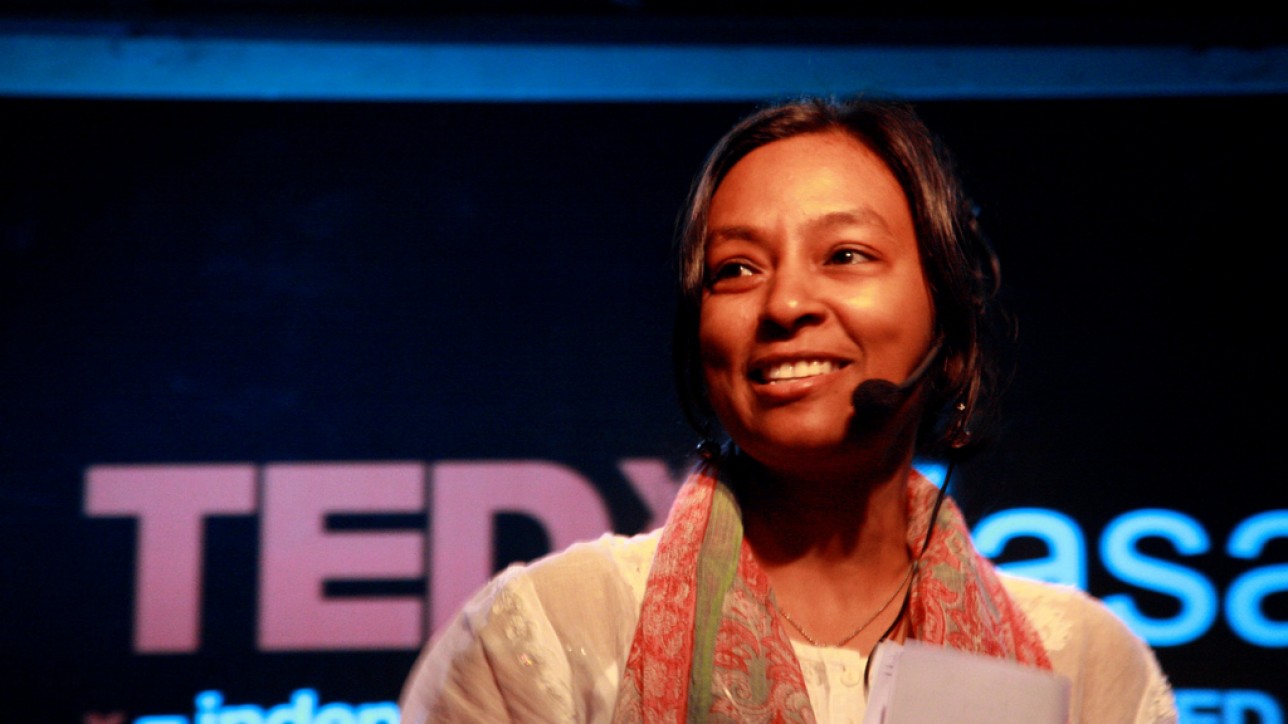 Saraswathi Balgam is the Founding Director of Rhythm & Hues India, a multiple Academy Award® winning studio that specializes in computer animation and visual effects for major Hollywood Feature Films. At the age of 11, Saraswathi was introduced to the magical world of Animation by her father and since then she has tapped into this passion and has been involved in various roles both in Bollywood as well as Hollywood. She has been instrumental in not only building one of the top Visual FX studios in the world in Mumbai and Hyderabad, but has also helped to promote the nascent Indian industry as a serious contender in the global animation and VFX market. To also add that she was very instrumental in designing 2 beautiful offices for Rhythm and Hues Mumbai-Hyderabad.

She is very involved in the creative process and as well as Production Management. Saraswathi holds a masters degree in People and Personnel Management. She is currently focusing on building a core creative team which will focus on making Visual FX and Animated films for the Indian markets. Saraswathi is also the President of ASIFA India, a non profit organization, whose goal is to bring together the animation community in India and establish a platform of open sharing and learning for both professionals and budding students.

Furthermore, she is the President of Women In Animation in India, another non profit organization that is trying to address how women in their own special way can make a difference by leveraging the art of animation in our communities along side Asifa India.