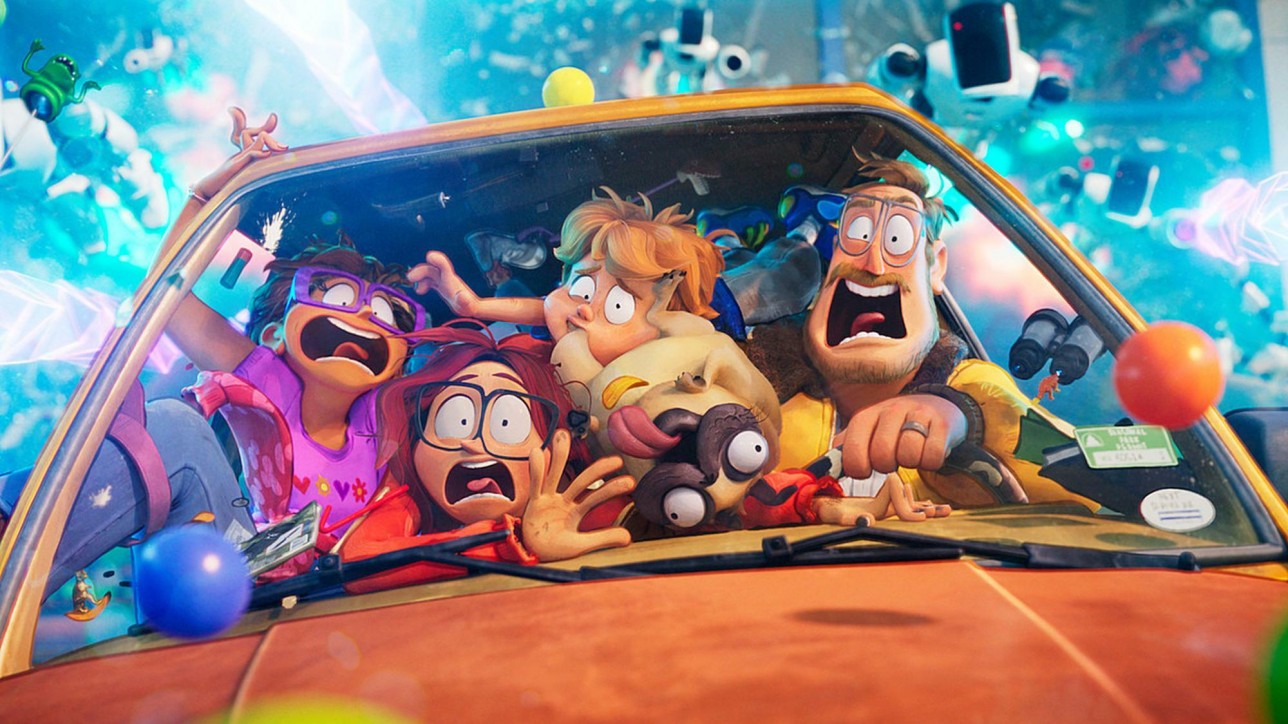 Director Mike Rianda (born 1984) is a CalArts Graduate. He then worked at Pixar and JibJAb before becoming employed at Disney Television Animation, where he served as a writer and creative director for the Annie Award-winning TV show „Gravity Falls“ On April 22nd 2021 he found the time for a short interview about his work and his directorial debut with Johannes Wolters, INDAC.org

A quirky, dysfunctional family’s road trip is upended when they find themselves in the middle of the robot apocalypse and suddenly become humanity’s unlikeliest last hope!

Watch The Mitchells vs. The Machines only on Netflix on April 30.

Directed by Michael Rianda (Gravity Falls), produced by Oscar winners Phil Lord and Chris Miller, and Kurt Albrecht, and featuring the voices of Abbi Jacobson, Danny McBride, Maya Rudolph, Beck Bennett, Fred Armisen, Eric Andre, and Oscar winner Olivia Colman, The Mitchells vs. The Machines is about embracing the things that make us unique, learning what it means to be human in a world increasingly filled with technology, and holding tight to the people most important to you when the unexpected hits.

Watch The Mitchells vs. The Machines on Netflix: https://www.netflix.com/de/title/8139…​