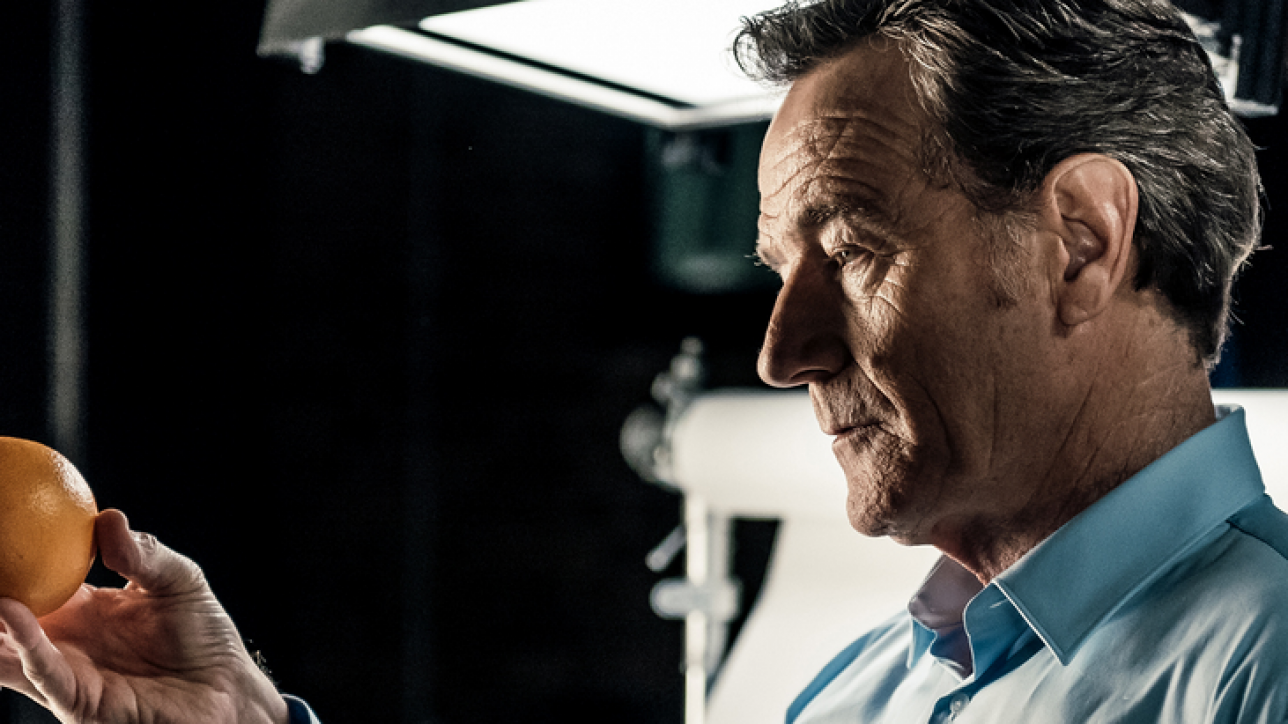 Created by Aardman and starring Bryan, the campaign confronts misunderstanding around dementia – using nothing more than an orange.

Bryan, who lost his mother Audrey ‘Peggy’ Sell to Alzheimer’s disease in 2004, is supporting the latest chapter in the charity’s award-winning #ShareTheOrange campaign.

The campaign urges viewers to share a short film on their social media channels to help get people thinking differently about dementia and challenge the enduring misconception that the condition is simply a by-product of age. A recent YouGov survey commissioned by Alzheimer’s Research UK revealed that, when asked what they think dementia is and who it affects, just one in four (23%) British adults specifically mentioned brain disease or degeneration.

At the centre of the two-minute film, which uses a blend of film, stop-motion and CGI animation, is an orange that gradually strips away to demonstrate how the diseases that cause dementia, most commonly Alzheimer’s, physically attack the brain. Through damage caused by the disease, the brain of a person with Alzheimer’s can weigh around 140 grams less than a healthy brain – about the weight of an orange. The emotive film, supported by leading financial services company Legal & General, also follows the journey of a person’s life and shows the impact dementia can have on them, their memories, relationships and loved-ones.

But the overall campaign message is one of hope. Research has overcome other physical diseases and scientists across the world are working hard to power breakthroughs that will change the lives of people with dementia, too.

Help us share better understanding about dementia. Too many people still think dementia is just a natural part of ageing, which means they don’t realise that it is something we could, one day, defeat.

#ShareTheOrange is a social media campaign that’s designed to get us all thinking differently about dementia. Take a look behind the scenes of our latest campaign film, fronted by actor Bryan Cranston and created by Aardman Animations, and learn how an orange is helping challenge misunderstanding of the condition. Find out more and watch the full film by visiting www.alzheimersresearchuk.org/orange

Its launch comes two years after the release of the charity’s first #ShareTheOrange film, fronted by actor Christopher Eccleston. To date, the 2016 short has been viewed over 15 million times, shared by 2.4 million people and won PR Week’s Charity Campaign of the Year award.

Bryan said he was proud to support the campaign, which aims to further improve understanding of a condition that is now recognised as the UK’s leading cause of death, and demonstrate the power of research in finding new breakthrough treatments.

Hilary Evans, Chief Executive of Alzheimer’s Research UK, said: “Bryan Cranston’s support of our #ShareTheOrange campaign will help bring global attention to an important truth – that dementia is not an inevitability of age, but is caused by diseases that we can fight. The condition has been blighted by misconceptions for generations, and it’s now time to turn our fatalism into hope, and research holds the key to overcoming the diseases that drive the symptoms. By sharing this film and joining the millions who shared our first campaign film, we can educate and inspire around dementia, and make it our next great medical research success story. Research has made major breakthroughs in other disease areas in the past generation, and people with dementia must now benefit from the same.”

Rick Somerset-Williams, whose mother Cherith died with Alzheimer’s disease in 2014, said: “The film is sad, powerful and hopeful all at once, and stirred so many different emotions when I watched it. The orange analogy is such a neat, simple way to get across to people how the brain can be impacted by diseases like Alzheimer’s. And coupling that with the emotion Bryan brings to the film and through life’s memories that play out so beautifully on the surface of the orange is hugely powerful.
“People assume that dementia is just something that naturally happens as we get older, but that’s a myth. My mum was just 69 when she passed away. I think it’s vital that people understand what dementia is and equally what it is not, and that’s why this film is so important.”

Aardman Director Magdalena Osinska added: “The last #ShareTheOrange film we made with Alzheimer’s Research UK was very successful in communicating a difficult and complex message in an easy and memorable way, thanks to the use of stop-motion animation and the metaphor of an orange representing the diseased brain.”
“In this film we developed the idea further by representing memories which are imprinted on to the orange by tiny animated figurines. The memories fade and are lost as the disease attacks the brain. It highlights the human stories behind people living with dementia and we hope it will help continue to improve understanding and inspire support for more research.”