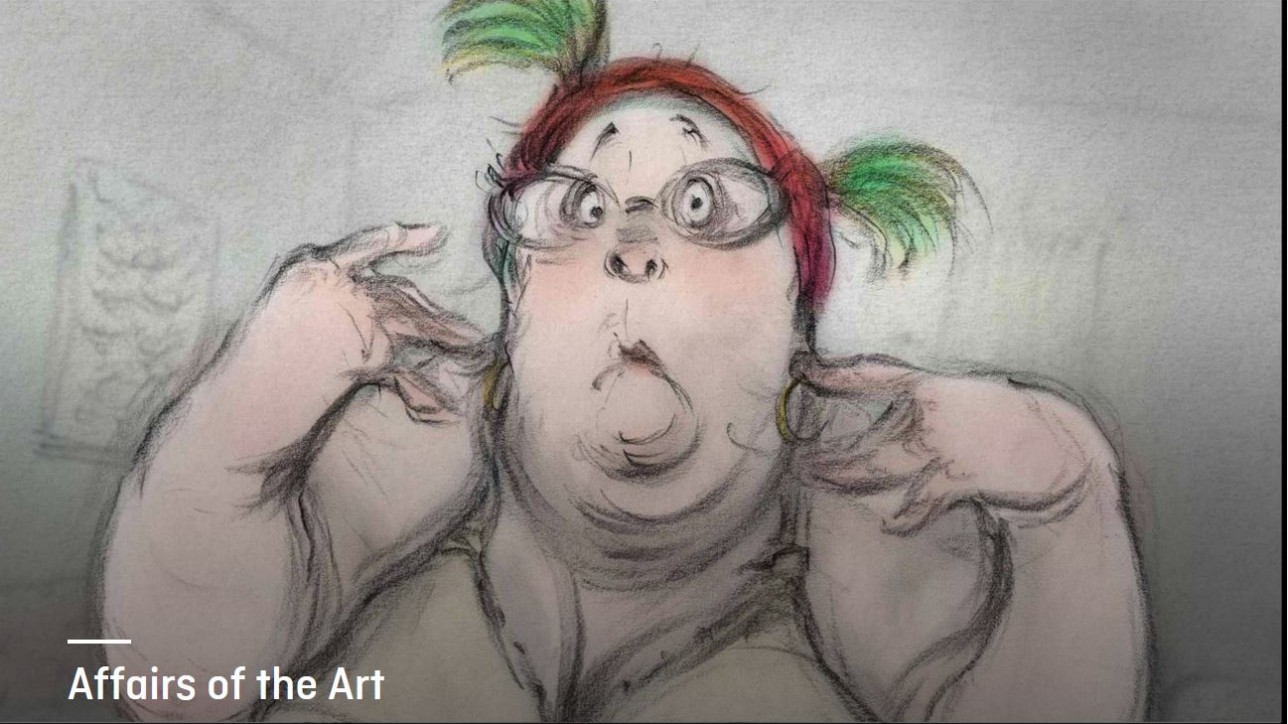 Phew!!! At last Joanna and I are extremely relieved and pleased to announce the World Premiere of our Film Affairs of the Art a co production between our company Beryl Productions International and the National Film Board of Canada NFB. It will be screened in competition at the Festival du court métrage de Clermont-Ferrand between January 29 and February 6 2021. It has been a long, tough journey over the last decade and especially in this pandemic year 2020, but to coin a memorable Beryl phrase from our last film “Nous sommes tous dans la merde – c’est juste la profondeur qui varie….” We both hope that somehow, somewhere people will be able to see the movie in it’s entirety and in a CINEMA – yes remember those places !!
A million thanks to everybody who contributed their talent,skill and energy working with us in the making of the film and who have given us their support over the last decade – My God some of the people who started working with us as teenagers now have babies!! and my hair dye bill has rocketed…..

With Affairs of the Art, director Joanna Quinn and producer/screenwriter Les Mills continue the series of beloved, hilarious and award-winning animated UK films starring Beryl, a 59-year-old factory worker who’s obsessed with drawing and determined to become a hyper-futurist artiste. We also meet her grown son, Colin, a techno geek, her husband, Ifor, now Beryl’s model and muse, and her sister, Beverly, a fanatical narcissist living in LA. Affairs of the Art provides glimpses into Beryl’s, Beverly’s and Colin’s peculiar childhoods, and we see that obsession is in this family’s DNA. The first co-production between Beryl Productions International and the National Film Board of Canada, Affairs of the Art features Quinn’s signature hand-drawn animation with attitude and Mills’ raucously humorous scenarios, in an endearing romp through one family’s eccentric addictions. Directed by Joanna Quinn and Written by Les Mills – 2021 | 16 min

Affairs of the Art