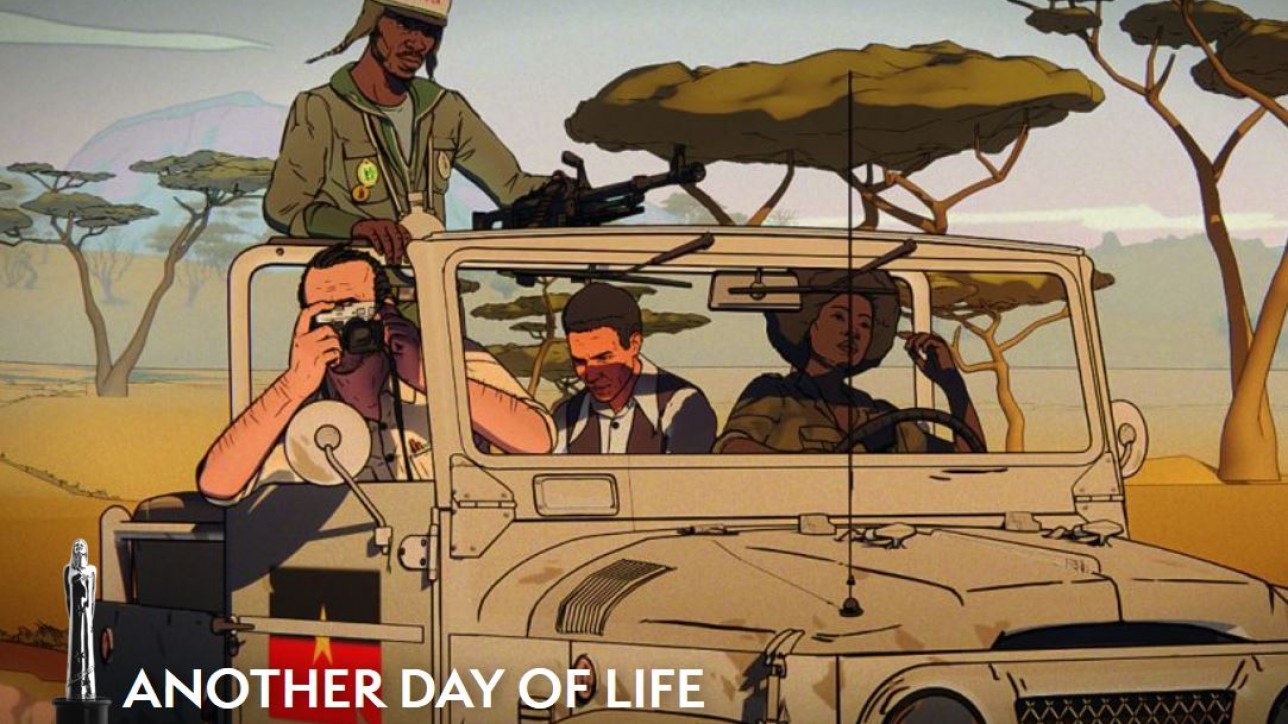 The more than 3,500 members of the European Film Academy – filmmakers from across Europe – have voted for this year’s European Film Awards. At the awards ceremony in Seville the following awards were presented:https://www.europeanfilmawards.eu/en_EN/home

„One thing that I learnt from Ryszard Kapuściński, that we should stay together and stop looking at the world from West to East or from South to West.“ „The meaning of life is crossing borders.“ Damian Nenow & Raúl de la Fuente,

Warsaw, 1975. Ryszard Kapuściński (43) is a brilliant veteran journalist, an idealist and a friend of lost causes and revolutions. At the Polish Press Agency, he convinces his boss to send him to Angola where a bloody civil war has broken out on the eve of the country’s independence. He embarks on a seemingly suicidal road trip into the heart of the civil war. There, he witnesses once again the dirty reality of war and discovers a sense of helplessness previously unknown to him. Angola will change him forever: it was a reporter that left Poland, but it was a writer that returned.

In 2015, Raúl de la Fuente’s MINERITA was shortlisted for the 88th Oscars as Best Short Documentary Subject. The film had previously won the Spanish Film Academy’s Goya Award. MINERITA has been screened at more than 140 film festivals and has won 45 international prizes. His first feature film NÖMADAK TX was the most awarded Spanish documentary film in 2007.

Damian Nenow jis a graduate of the National Film School in Łódź. He directed three short animation films: THE AIM (2005), THE GREAT ESCAPE (2006), and PATHS OF HATE (2010). The latter was screened at over 90 film festivals and ended up garnering 25 awards and honours. In 2011, he directed CITY OF RUINS, an animated documentary commissioned by the Warsaw Uprising Museum. In 2013, he directed the HUNGER IS A TYRANT, a commercial commissioned for the United Nations Zero Hunger Challenge. On ANOTHER DAY OF LIFE, he Is responsible primarily for directing 3D animation.