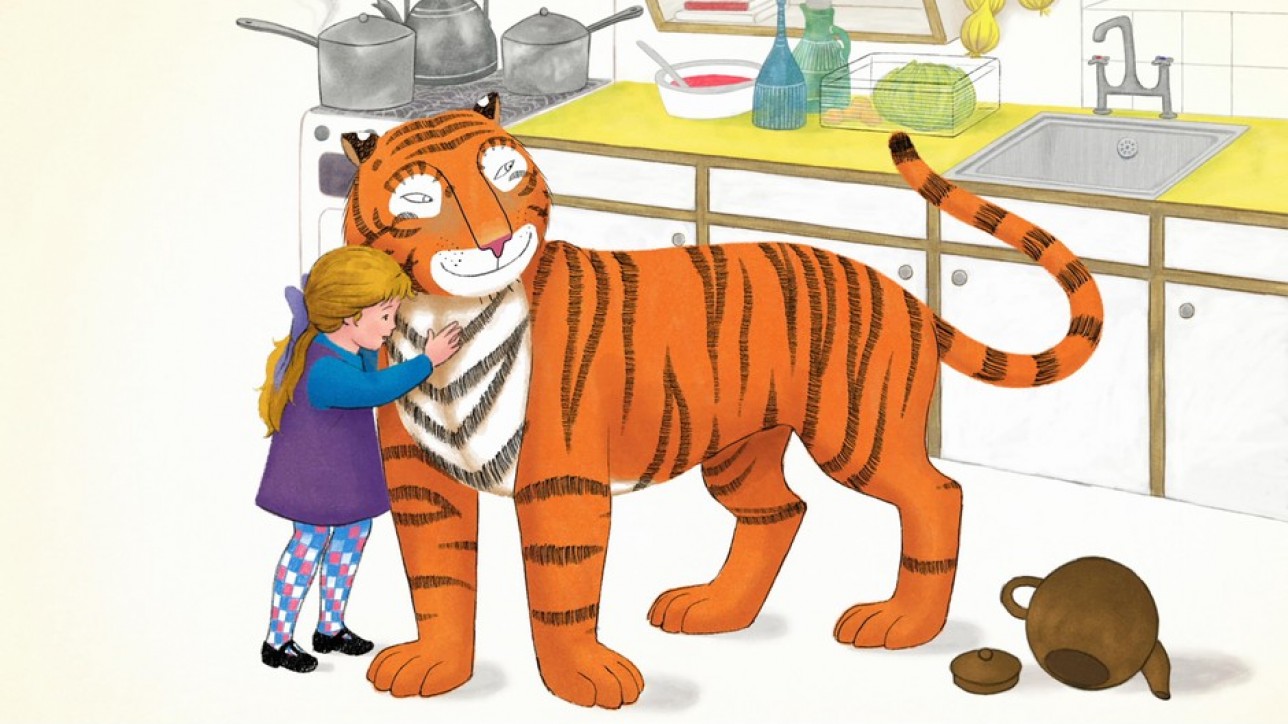 Once there was a little girl called Sophie, and she was having tea with her mummy in the kitchen. Suddenly there was a ring at the door. Sophie’s mummy said, “I wonder who that can be…?”

Brand new animated film from the makers of The Snowman, The Snowman & The Snowdog, We’re Going on a Bear Hunt.

Channel 4’s new hand-drawn animated special, produced by Lupus Films and HarperCollins, of The Tiger Who Came to Tea, which celebrated its 50th anniversary last year, will air as a festive treat this Christmas.

The Tiger Who Came to Tea has sold over 5 million copies since it was first published in 1968. Inspired by Judith’s daughter Tacy, the story of Sophie and her extraordinary, stripy tea-time guest has enchanted generations of children and has become a timeless classic.

Channel 4’s last adaptation of a children’s classic, We’re Going on a Bear Hunt, also produced by Lupus Films, was the Channel’s most watched programme of 2016 with over 8 million viewers over the festive period.

The 30-minute special animation will air on Channel 4 this Christmas.